Being arrested and charged with drug possession can be a serious situation. However, a criminal defense lawyer will employ a variety of defenses to fight against the charges. For an idea of some common defensive strategies your lawyer might use, read on.

They Were Not Your Drugs

Unfortunately, you may be charged with drug possession even if you had no idea about the presence of them in your vehicle. If drugs are nearby, within your reach, in your control, etc., you can still be charged. As with all types of arrests, don't say anything to law enforcement without a lawyer present. That provides your lawyer with more potential defenses than "they weren't mine."

The Evidence Obtained Is Questionable

In many cases, the drug itself (or drug paraphernalia) is the prime form of evidence presented by the state. However, illegally obtained evidence can be excluded from the case. Your lawyer will examine the matter in which the evidence was obtained to determine if search and seizure laws were followed. For instance, if a police officer opened your vehicle door without your permission and found drugs that were hidden under your seat, it could be excluded unless it can be shown that they had reasonable cause to open the door. If the drugs were in plain view, however, they have reasonable cause to search the vehicle.

The Evidence Is Tainted by Mishandling

Law enforcement must follow strict rules when handling evidence. Your lawyer will examine how the evidence was obtained, labeled, transferred, tested, and stored. Drug evidence should be handled carefully or it can be excluded from your case. A drug case without evidence is no case at all and your charges can be dropped.

You Were Induced to Commit a Crime

It's common for law enforcement to induce someone to purchase drugs. However, the line between a sting and entrapment can be a fine one. Your lawyer must show that you would not have bought drugs had it not been for the actions of undercover officers. Being forced, enticed, harassed, or threatened in such a situation could call for an entrapment situation. Those with clear records may face an easier time than those with drug-related charges when attempting this defense.

What You Should Do

Speak to a criminal defense lawyer once you are out of jail on bail. Let your lawyer examine the evidence and deal with any plea bargains offered to you. Speak to a local criminal law attorney to find out more. 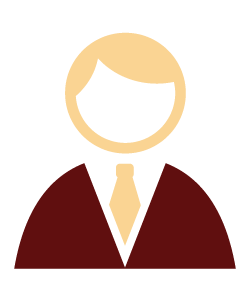